Written on April 13, 2021
Selection is outstanding, prices are amazing, packaging is more than sufficient and promptness of delivery was outstanding!!!

Written on April 12, 2021
Great selections of wines at very good prices and best customer services in my experiences.

Written on April 12, 2021
I like shopping here. They carry wines that are difficult to find elsewhere and for good prices. Shipping is fast, too.

Written on April 11, 2021
Great selection, quick shipping, good prices. If you live in Alabama, the ship‑to‑ABC is genius.

Written on April 11, 2021
Great, great wine. Passito I di not drink this wine since very long time and I am glad I found it. B‑21 shipment was perfect will check for some more Italian win in the future.

Written on April 11, 2021
Website easy to order from. Competitive pricing with nominal shipping costs. Shipments easy to track and appreciate option to ship to a business verse home (e.g., Walgreens). I will continue to look here first when researching wine purchases.

Written on April 11, 2021
Efficient and timely delivery with wide options in wine across all tastes and budgets.

Written on April 11, 2021
Wine was shipped promptly and packaged well.

Written on April 11, 2021
Great as always, delivered on time and on the date I had ask for. Never a problem at B21. Thanks guy's

Written on April 10, 2021
The delivery driver pulled up just as I was leaving the house. I was so glad to get my delivery all intact with no problems. Thanks for getting my order to me easily. Everything was packed so good ‑ I really appreciate your great work in the shipping.

Written on April 8, 2021
quick service at a good price

Written on April 7, 2021
Great experience. The wine I was looking for was on sale and was delivered two days early!

Written on April 7, 2021
I liked that B‑21 was able to rapidly fill my order for a wine that was previously unavailable in Florida. Looked everywhere for our favorite Sauvignon Blanc and could never find it. B‑21 had it and at a very competitive price.

Back in 1948 Mom and Pop Frassrand founded the first B‑21. Its neon sign was 'B‑21' surrounded by an airplane silhouette. Over the years the family has been asked countless times what does B‑21 mean? You have to "Be 21 years old". Four years later Pop retired from Chrysler and sold B‑21, moving the family south to Dunedin, Florida. The B‑21 name did not appear again until 1960 when a new store is opened just north of Curlew Road on Alt. 19 in Dunedin by Mom & Pop and their two young sons Mark and Ron. Mark later opened two more stores, one at East Bay and U.S. 19N in Largo in 1964 and a second in Tarpon Springs in 1966, the current location. The Tarpon Springs store became the focus and by 1970 housed the main warehouse and offices. In 1974 a new 7,500 square foot store was built to handle the growing business now flanked by 10,000 square feet of warehouse space.

Mark and Louise's son, Bob Sprentall, began his study of wine and joined the business in May 1979 after graduating from Tulane University in New Orleans. His avocation for wine soon became vocation, and business soared. Business boomed and by 1983 with sales over six million dollars B‑21 became the highest dollar volume wine and spirits store in Florida and has continued to grow.

B‑21 was first in Florida to implement the usage of refrigerated freight containers for wine shipments beginning in the 1980's, and first at utilizing temperature control warehousing for wine. Our commitment to quality has never wavered and led the way to how the wine industry does business today. In 1991 B‑21 was selected as one of the Top Ten Retailers in the United States by Market Watch Magazine, the premier industry magazine.

Bob is the key to B‑21's wine acquisition abilities, having developed  life long business relationships with wineries and winemakers in the United States, Bordeaux, Burgundy, Champagne, Rhone Valley, Italy, Spain, New Zealand, Chile, Australia and South Africa. Bob's travel schedule is daunting with buying trips to Europe and the Southern Hemisphere, and logging over 100,000 flight miles this past year. Tasting thousands of wines each year, Bob's ability to ferret out bargains and 'beat the press' has become legendary.

Bob's wines selections were first denoted on store displays. In 1982, the B‑21 Wine Buyer's Guide was started and a following began by mail. The now award winning web site B‑21.com was established in 1995. The entire B‑21 Team knows that what continues to make us successful is You.

Article from Market Watch Magazine:  Top Ten Retailers in the US (1991) 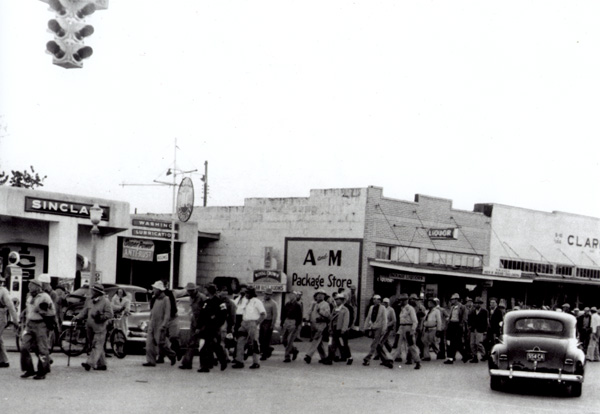 1948 - Our first store the A&M
in Downtown Dunedin 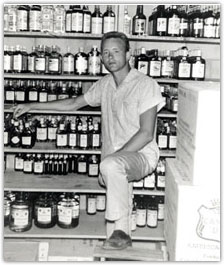 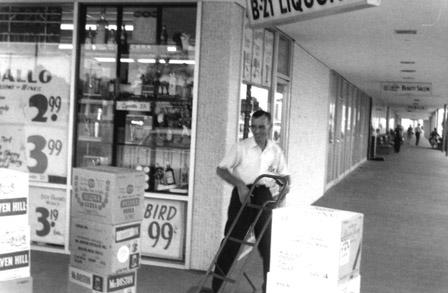 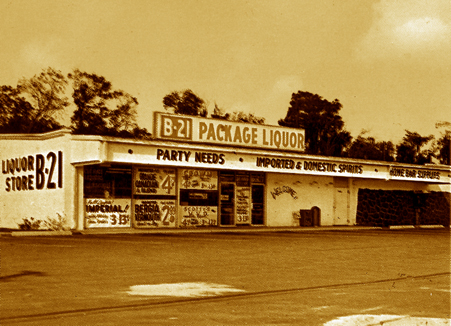 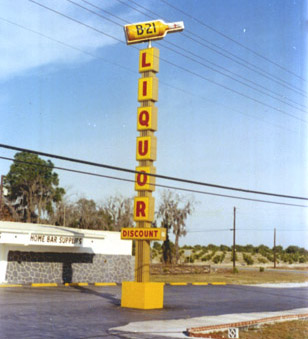 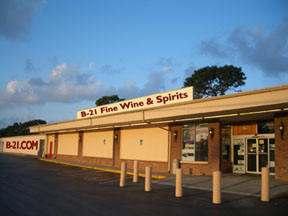